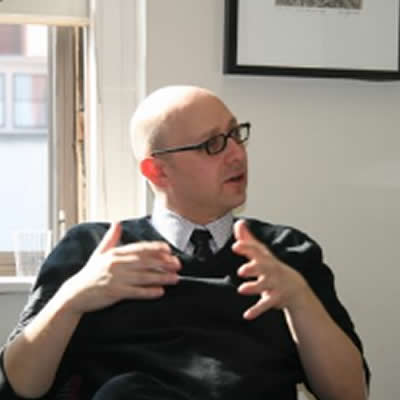 Adam Strom is the Director of Scholarship and Innovation at Facing History and Ourselves. Throughout his career, Mr. Strom has connected the academy to classrooms and the community by using the latest scholarship to encourage learning about identity, bias, belonging, history, and the challenges and opportunities of civic engagement in our globalized world. He has authored, edited, and produced numerous digital, print, and video resources and educational publications that have been used in tens of thousands of classrooms and experienced by millions of students around the world including: Stories of Identity: Religion, Migration, and Belonging in a Changing World, What Do We Do with a Difference? France and The Debate Over Headscarves in Schools, Identity, and Belonging in a Changing Great Britain, Washington’s Rebuke to Bigotry: Reflections On Our First President’s 1790 Letter to the Hebrew Congregation In Newport, Rhode Island, and the viewer’s guide to I Learn America.

Mr. Strom oversees the Facing History and Ourselves international board of scholars and has developed and facilitated professional development experiences for educators for educators from around the world. Recognizing the impact of globalization on communities and classrooms, Strom led the Civic Dilemmas in a Changing World project for Facing History and Ourselves and oversaw the creation of resources and professional learning experiences for educators exploring issues of religion, migration, and belonging in our changing world. As part of that project, he conducted face-to-face workshops for teachers and students in France, Germany, Great Britain, and the United States. Beyond his work with teachers, Mr. Strom has facilitated programs for a broad range of community initiatives including adult education and extended learning time classes, libraries, museums, religious institutions, and theaters. Before joining the staff at Facing History and Ourselves, Strom was the gallery director at the Lower East Side Tenement Museum where he ran public programming, gave tours, and educational lectures on immigration and the history of New York’s Lower East Side to school groups and thousands of visitors. Currently, Mr. Strom is a member of the Massachusetts Civic Learning and Engagement Task Force.