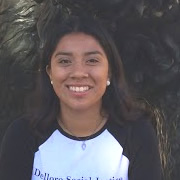 My name is Bryanda Leslie Martinez Islas. I was born in Ecatepec de Morelos, Mexico in 1998. I lived in Puebla, Mexico for over ten years, with my grandparents and my older brother. Living those years in Mexico without my parents made me mature a little faster and work for what I wanted to achieve. While growing up I knew that in order to succeed I had to sacrifice some things like eating beans over meat because I had to save money for school and my grandparent’s expensive medicine. Since I couldn’t work because I was seven or eight years old I thought of a better idea which was to work hard to get scholarships to pay for my school. Gratefully, I got my first scholarship in 4th grade and paid school until 6th grade. Not only this achievement made my family have enough money for meat once a week, better yet I was the happiest girl because I had a bowl of cereal every morning now.

After ten years of being away from my mother, I decided to come to the United States to meet her and work for a better future for myself and my family. I wasn’t successful my first time trying to cross so I had to go back and wait a few months to try again. The second time it  was so fast and easy, finally after so long I was reunited with my mother. I started school as a 7th grader in January 11, 2010. I went to Paramount High School for three years and graduated from South East High School in June 2016. My major is sociology and I’m currently attending East Los Angeles College and hopefully transferring to UCLA or UC Santa Barbara.