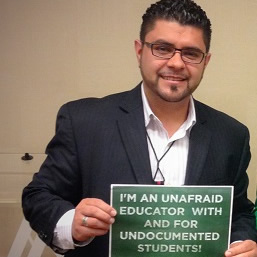 César Moreno Pérez is the Associate Director of the Human Rights and Community Relations Department at the American Federation of Teachers-a union representing 1.6 millionpre-K through 12th-grade teachers; paraprofessionals and other school-related personnel; higher education faculty and professional staff; federal, state and local government employees; nurses and healthcare workers; and early childhood educators. Mr. Moreno-Perez currently oversees the AFTs work on immigration, unaccompanied and refugee children, US child labor, and is an integral part of the team that guides the AFTs policy and programs for families and educators of English Language Learners (ELLs). Part of his portfolio includes strategic partnerships with National Hispanic, AAPI and immigrant rights organizations. He has led several national and statewide issue campaigns on social and economic justice issues. Prior to joining the AFT national staff, he was the co-executive director for the United States Hispanic Leadership Institute and the Deputy Executive Director for the Labor Council for Latin American Advancement (LCLAA). Cesar has been on several delegations investigating civil rights violations in South Africa, South and Central America, Europe, Cuba and Mexico.  Cesar is a native of the central valley of California and a graduate from the University of California Berkeley. He serves on the LCLAA national executive board; Maryland Governor’s Commission on Hispanic Affairs; advisory board of National Hispanic Caucus of State Legislators and was the US Representative and immediate past President of the Youth Committee of the Trade Union Confederation of the Americas- the regional body of the Global Labor Federations-ITUC.