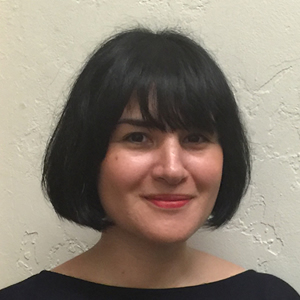 Janet Cerda is a doctoral student in Human Development and Psychology at UCLA. She is the proud daughter of Mexican immigrants and an advocate for young language learners. After receiving her BA with honors from Oberlin College, Janet earned an MS in Bilingual Education as a NYC Teaching Fellow. As a dual-immersion elementary school teacher, she taught children of immigrant-origin in New York City and Brooklyn for six years. She is a researcher at the Institute for Immigration, Globalization, and Education and at the UCLA Community School. Currently, she is a lecturer at Cal State Los Angeles working closely with immigrant-origin students. She is interested in the bilingual language development of immigrant-origin children and the ways in which psychosocial and cognitive factors influence their linguistic trajectories. She is a recipient of the Televisa Foundation Education Grant for her research in the areas of language self-assessment development and validation for dual-language learners.