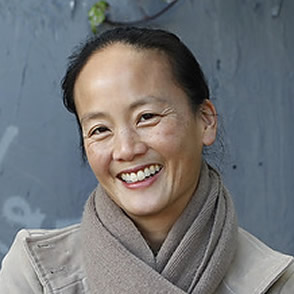 Katharine Gin is the Executive Director and Cofounder of Educators for Fair Consideration, which empowers undocumented young people to achieve educational and career goals through personal, institutional and policy transformation.

For more than 20 years, Katharine has worked to enhance arts and education opportunities for low-income and minority youth. She has developed innovative programs in schools, housing projects, and detention facilities. Her artistic and educational work with youth has been exhibited and published widely in college textbooks, literary anthologies, magazines, and national newspapers, including The New York Times, The Wall Street Journal, The Los Angeles Times, and The Harvard Educational Review.

Outside of her work with E4FC, Katharine currently serves on the National Advisory Board of TheDream.US and the Leadership Committee of the California Immigrant Policy Center (CIPC). She also served as an advisor to the Nelson Fund at The Silicon Valley Community Foundation, where she oversaw the fund’s philanthropic investments in arts and education from 2001 to 2014.

Katharine was born and raised in San Francisco, and received her BA from Yale University and MFA from the University of Oregon. She is the proud descendant of Chinese immigrants, who first came to the U.S. in the 1860s to work in the gold mines of California and later during the restrictive Chinese Exclusion Acts.