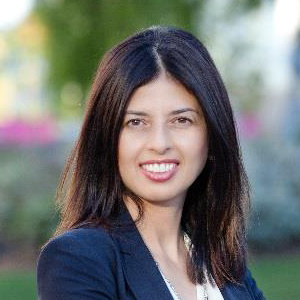 Dr. Linda Lopez was appointed by Los Angeles Mayor Eric Garcetti as the new Chief of the Office of Immigrant Affairs in September of 2013. In her role, she is responsible for providing overall strategic advice to Mayor Garcetti on his immigration policy agenda and creating innovative programs to integrate immigrants into the City’s social, economic, and political fabric.

Under her leadership, she has led a citizenship campaign to advance the Mayor’s agenda to increase the number of naturalized citizens and their civic engagement in Los Angeles, has created an infrastructure in LA to provide services for DACA eligible populations, a program for immigrants to access health services (HealthforAll), and a community engagement strategy for immigrants to access driver’s licenses. In addition, she has led the coordination of refugee integration policy locally for Central American and Syrian migrants. She has built coalitions locally and nationally to improve the lives of immigrant populations.

Prior to her appointment by Mayor Garcetti, Dr. Lopez was an Associate Dean for Diversity and Strategic Initiatives in USC Dornsife College and formerly a Program Officer at the National Science Foundation in Washington DC. She is an expert in public policy and received her Master Degree and PhD at USC in Political Science. She has published in several peer-reviewed journals on public policy issues affecting racial and ethnic communities and has examined voting participation. She has regularly contributed her expertise to media outlets including Univision, NBC, La Opinion, LA Times and Telemundo and has extensive experience in political campaigns. She was recently selected as a German Marshall Fund Fellow for the Transatlantic Inclusion Leadership Network.