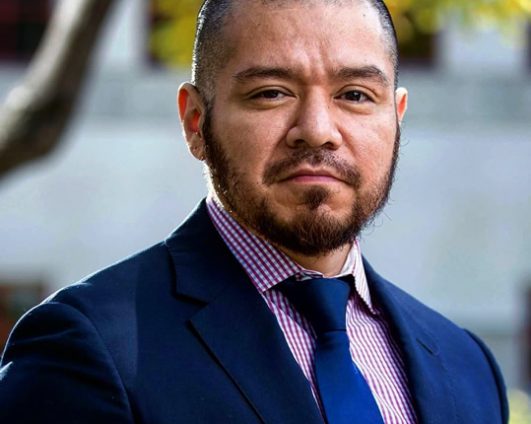 William Perez (BA, Pomona College; Ph.D., Stanford University) is an Associate Professor of Education at Claremont Graduate University. His research focuses on the social and psychological processes associated with academic success and higher education access among immigrant, undocumented, indigenous, and deported students in the U.S. and Mexico. He has been interviewed or quoted as an academic expert in various media outlets including NBC Nightly News, Time Magazine, the LA Times, Hispanic Magazine, the Washington Post, and NPR’s All Things Considered. He has received various awards for his research on immigration and education including the Mildred Garcia Prize for Excellence in Research from the Association for the Study of Higher Education, the Stanford University Distinguished Scholar Alumni Award, the early career scholar award from the Hispanic Research Special Interest Group of the American Educational Research Association and the Fulbright Fellowship. His book, Americans by Heart: Undocumented Latino Students and the Promise of Higher Education (Teachers College Press), was selected for the 2013 Critics Choice Award by the American Educational Studies Association. For the past two years he has been selected for Education Week’s annual ranking of the top 200 university-based scholars in the U.S. who are doing the most to influence educational policy and practice. He has a forthcoming book titled, Indigenous Mexican Students in US Schools: Ethnicity, Multilingualism, and Academics (Oxford University Press, 2017).